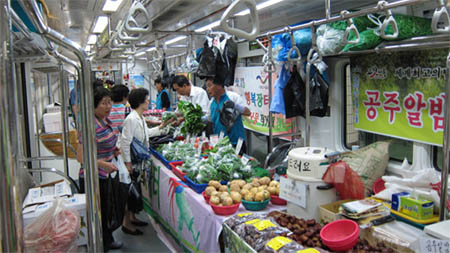 On Radical Ecology, commissioned by the Flemish Government Architect, approaches the themes of ecology and sustainability from a broader, social angle. This vlog (video blog) aims merely at being a tool for a variety of interested parties, who are increasingly challenged by ecological questions. The Flemish Government Architect invited Pieterjan Gijs to talk to Johan Grimonprez about this work in retrospect of his earlier projects.

Johan Grimonprez: I’m actually considering a longer version – On Radical Ecology and Tender Gardening – as the short title feels rather one-dimensional. Richard Reynolds wrote in his book Guerrilla Gardening: ‘While there was a guerrilla spirit about it, there was not much of a gardener’s love.’ It’s a fair point. The fundamental question is about how we belong together. That’s closely related to the idea of a garden as a meeting place in relationship to what we define as a public space, and as a biosphere we all share. Garden or place (topos) refers etymologically to the idea behind Thomas More’s Utopia; or to the origin of the word ‘paradise’, which derives from the Persian pairideiza, meaning ‘walled’ or ‘enclosed’. That also entails a danger of exclusion – the opposite of encircling and bringing together. What’s essential here is the dimension of the garden as a meeting place, where a dialogue can occur. A garden, just like a community, is something you need to nurture. You have to give it the necessary time and attention to grow. ‘Il faut cultiver notre jardin’, as Voltaire says in Candide. But with the emphasis on ‘notre’ – the ‘we’ who share the same world. The garden likewise functions as a metaphor for the vlog itself: it’s made up of different corners, with little hideaways, like the comfort of a shady tree that invites you to stick around for a while.

P.G.: Where does the term ‘radical’ fit in? The videos and the solutions they present aren’t especially radical in themselves. Although they’re certainly inventive, creative and often strikingly simple.

J.G.: The term ‘radical’ has multiple layers too. It refers to the fact that overconsumption and the pursuit of profits have brought our biotope to a radical state. Things are completely back-to-front. Look at how policy toward seeds is dominated by companies like Monsanto and by the lobbying industry; and how they’re making it almost illegal to grow your own vegetable garden. Or the way Barbara Van Dyck was sacked from her research job at a Belgian university for criticizing BASF’s illegal practices in the Flemish potato sector. Critical dialogue is precisely what a university should be offering, yet faculties are increasingly acting like an adjunct to big business. ‘Radical’ also alludes to the work of Barbara Nemitz, who refers to plants in her essay ‘Affinities’ [in: TransPlant: Living Vegetation in Contemporary Art, Hatje Cantz, 1999] as ‘radical operators’. She uses the term in its etymological sense ‘radicalis’, which basically means ‘rooted’ and refers to belonging to a particular place. But that place or topos risks increasingly being annexed by an economy of privatization. The very building blocks of life – our own DNA – are currently being patented as corporate property.

P.G.: The concept of the garden is clearly important to you: not necessarily in landscape terms, but above all for its ability to build a social fabric. This social dimension is the important thread running through the vlog? Could you expand on some examples?

I’m less interested in the discoveries displayed in the video-clips than how the social fabric initiating these new itineraries, can point at an emerging paradigm shift. It’s a re-occurring theme in all of my earlier work. A previous vlog, Maybe the Sky is Really Green, and We’re Just Colour Blind, for instance, explores the impact TV has had on society through the phenomenon of channel-surfing in relation to the commercial break, which has become such a dominant feature of our visual language. An interesting example in On Radical Ecology is the idea of ‘time banking’, the first version of which Edgar Cahn devised in the context of the prison system. It’s a system in which hours of work are exchanged rather than money. Cahn stressed the fact that it arose from a social structure rather than exclusively from economic necessity. The seed banks Vandana Shiva set up in India are another example. They don’t operate based on commercial rules but on the infrastructure of a local community. And there’s Britta Riley: rather than patenting ‘Window-farming’, she shared her project as open source via social media. In the meantime, she’s built an online family with 18,000 members worldwide, who contribute ideas and help optimize the project.

P.G.: Let’s talk a bit about your work process. I’m fascinated by the way a long-term project can generate various interim off-springs, which are an end-result in themselves. Interim drawings and models are very important in our work as architects. It’s through them that a project gradually begins to branch off in different directions and new ideas and projects arise. That strikes me as a theme in your work too. What products and offshoots has this project generated? Are you planning to make a film, for instance, based on the video material you’ve assembled?

J.G.: Not necessarily. Maybe the Sky is Really Green started out as research for a documentary, but it ended up as a vlog. The main thing is to address a theme, which can belong to a variety of contexts. At the end of the day, it’s all about that social plug-in again. It’s more of a praxis, which could equally well consist of a lecture, a publication, a workshop or this interview. The vlog is also a teaching tool, but it can equally be used as a research instrument for architects, artists, policymakers, and so forth.

P.G.: Tell me more about the way you choose the clips: how selective are you about your categories and whether or not to include something in the vlog?

J.G.: It has a lot to do with conceiving an ecology for the ‘information dystopia’ that dominates the net. The overload of information traps you right back into that pattern of overconsumption. A lot of thought goes into selecting the videos. For each one that’s picked, ten or twenty were considered. But things tend to surface at a given moment, like the tip of an iceberg.

P.G.: How did you arrive at the theme of this vlog exactly? What motivated you?

J.G.: Again it’s a media archaeology to unpick familiar historical ideologies, to prick through a consensus reality. A predetermined theme, often runs into a resistance, but that’s how the ideas start to evolve and seep through the cracks. Prends garde! A jouer au fantôme on le devient, on which I worked with Herman Asselbergs, was one of the first video archives. It was conceived for Documenta X. That research ultimately led to the film dial H-I-S-T-O-R-Y. I’m currently working on a new film about the corruption in the global arms trade – another heavy subject, after the one on terrorism. Shying away from getting stuck into merely critiquing social evil, I began exploring alternatives. It’s indeed important to say what we don’t want, but more crucial is to point at what we actually do want. Hence, how On Radical Ecology came about.

P.G.: What’s your take on this alternative? You mentioned a paradigm shift: is it something political?

J.G.: I drew a lot of inspiration from recent research into empathy in disciplines like economics, psychology and cognitive sciences. In The Age of Empathy, the primatologist Frans de Waal argues that society has been ruined by the ideology of unfettered competition and greed celebrated by Thatcher and Reagan in the 1980s. You hear a lot about ‘survival of the fittest’ in social Darwinism; but that’s actually a distortion of Darwin dating back to Herbert Spencer, who used it to justify British imperialism. Darwin himself argued that cooperative behaviour is as essential to evolution: survival goes hand in hand with cooperation. A new paradigm is emerging, which focuses on empathy and conflict resolution rather than greed and selfishness. Empathy in the sense of solidarity: how can we work together? What is it that unites us? Who is the ‘we’ in our society? We have to dig deeper – hence ‘radicalis’ – if we’re going to redefine the current paradigm.

P.G.: Many of the videos in the vlog offer concrete solutions that really could bring about immediate change. How come so few innovative ideas find their way into practice?

J.G.: They often don’t work in a profit-driven climate as they clash with the interests of big corporations. A typical example is Paul Stamets, who uses fungi to break down radioactivity and oil. His technique could have been deployed to tackle the spill in the Gulf of Mexico. But the Halliburton lobby cornered the clean-up rights and made profit by spraying the oil slick with extra toxic chemicals. Stamets’ technique could also have been applied to clean up the nuclear disaster at Fukushima. Or there’s Akinori Ito’s recycling machine, which recycles plastic back into gasoline. If it were produced on a large scale, the unit price would fall enough to make it economically viable. Or take the small-scale character of permaculture that is at odds with the commercial imperatives of agribusiness, merely fixated on profit-driven monoculture. One-dimensional solutions are insufficient. Perhaps we should follow Bhutan’s example and adopt Gross National Happiness as our yardstick, instead of GNP, which is grafted onto an economic model.

Translated by Ted Alkins
Commissioned by the Flemish Government Architect