Excerpt from the documentary “Art Meets Science and Spirituality in a Changing Economy – From Fragmentation to Wholeness”. Artists, scientists, spiritual leaders and economists gathered in Amsterdam in 1990 to explore the emerging paradigm of a holistic world view and the implications for a global economy

David Bohm (1917-1992) was an American theoretical physicist who contributed innovative and unorthodox ideas to quantum theory, philosophy of mind, and neuropsychology. He is widely considered to be one of the most significant theoretical physicists of the 20th century.

In physics, Bohm advanced the view that the old Cartesian model of reality was limited, in the light of developments in quantum physics. He developed in detail a mathematical and physical theory of implicate and explicate order to complement it.

Bohm warned of the dangers of rampant reason and technology, advocating instead the need for genuine supportive dialogue which he claimed could broaden and unify conflicting and troublesome divisions in the social world. In this his epistemology mirrored his ontological viewpoint.

He believed that the working of the brain, at the cellular level, obeyed the mathematics of some quantum effects. Therefore he postulated that thought was distributed and non-localised in the way that quantum entities do not readily fit into our conventional model of space and time.

If we surrendered to earth’s intelligence, we could rise up rooted, like trees.
—Rainer Rilke

Charles Darwin labelled social insects like bees and termites ‘inconvenient animals.’ Their sociability, or rather ‘sisterhood’, didn’t fit any existing categorisation. For ages philosophers, and entomologists alike, have pondered how the individual relates to the collective. What is one termite? Is it the individual ant, or its colony? Some termites have been gardeners for millions of years. Their DNA has become so entangled with the fungal zoo they cultivate in their gardens, that we can’t say where one species ends and the other begins. And what about the protists, the microbiological symbiont consisting of a gazillion smaller life forms that live in the termite’s gut? Is not every termite a colony in itself? The environmental implications are so relevant that it lead to a new branch in microbiology: metagenomics—the genomics of communities.

When Orson Welles said, ‘We’re born alone, we live alone, we die alone’, he was mistaken. Even when we are alone, we are never alone, insists Ed Yong. We exist in symbiosis – entangled as different organisms living together. Some animals are colonised by microbes while they are still unfertilised eggs; others pick up their first partners at the moment of birth and then proceed through their lives in their presence. When we eat, so do they. When we travel, they come along. When we die, they consume us. Every one of us is a zoo in our own right – a colony enclosed within a single body. A multi-species collective. An entire world. (Ed Yong: I Contain Multitudes, 2016: 1)

Biology and politics are not-so-strange bedfellows. When looking at those looking at termites, science takes the shape of storytelling. South-African writer Eugène Marais was able to prove the socialist nature of termite colonies; Flemish writer Maurice Maeterlinck plagiarised Marais to come to the opposite conclusion; Aldous Huxley’s brother’s termite research inspired Brave New World’s dystopian worldview; symbiont termites led Lynn Margulis to evolutionary cooperation and the notion of the intimacy of strangers. Wrought by the mimetic powers of the storyteller, termite communities have been harnessed, again and again, into ideological renderings. It isn’t what we look at, but who looks and why.

To understand termites, Marais wrote, we need to learn a new alphabet. The alphabet of togetherness. Physicist Richard Feynman once remarked, ‘the imagination of nature is far greater than the imagination of humans.’ Contained by the banality of our imagination, the limits of our senses, and perhaps blinded by scientific certitudes, is it possible that our tools are inadequate to describe termite societies? When Lynn Margulis started asking different questions, different answers began to emerge. She came to understand the earth’s history as one of ‘becoming-with’ each other: species co-evolve through the ‘intimacy of strangers.’ A protagonist in her work is the Mixotricha Paradoxa, a microorganism that lives inside the hindgut of a South-Australian termite. M.Paradoxa only exists in symbiosis with numerous smaller life forms, fellow travellers that co-evolved, fusing their genomes for over a 100-million years. It is an extreme example of how all species, ourselves included, have evolved to contain multitudes. Or, as Donna Haraway suggests: we are all taking part in a ‘greater conversation’ of ‘multispecies storytelling’. In her book Staying with the Trouble, Making Kin in the Chthulucene, Donna Haraway suggests that “worlding with many species requires ‘making oddkin’ in unexpected collaborations and combinations, in hot compost piles.” We live in landscapes of myriad relationships, myriad webs of intersubjectivities. We all are multitudes within multitudes.

Michael Pollan, The Botany of Desire: A Plant’s-Eye View of the World (2001)

Ed Yong, I Contain Multitudes, The Microbes Within Us and a Grander View of Life (2016)

Anna Lowenhaupt Tsing, The Mushroom at the End of the World, On the Possibility of Life in the Captialist Ruins. (2015)

Thom van Dooren, Flight Ways: Life and Loss at the Edge of Extinction (2016)

Thom van Dooren, The Wake of Crows: Living and Dying in Shared Worlds (2019)

Michael Pollan, The Botany of Desire: A Plant’s Eye View of the World (2001)

Frans de Waal, Are We Smart Enough to Know How Smart Animals Are? (2013)

Raymond Corbey & Annette Lanjouw, eds. The Politics of Species: Reshaping our Relationships with Other Animals (2013)

Eduardo Kohn, How Forest Think, Toward an Anthropology beyond the Human (University of California, Berkeley 2013)

Katy Payne, Singing Whales, Deep-Rumbling Elephants: What Their Sounds Reveal about their Minds

Donald Macon Nonini, The Global Idea of ‘the Commons’ (2007)

This talk by Ursula K. Le Guin was the first event in the three days Anthropocene Conference: “Arts of Living on a Damaged Planet”. In front of a completely sold out theatre, the acclaimed science fiction author talked about her work, followed by a panel discussion with Donna Haraway and James Clifford.

TUNNELING IN THE CHTHULUCENE

In this experimental collaborative lecture, Anna Tsing and Donna Haraway expand on the subject of the Chthulucene—a proposal for an age to come, in which humans make messy, lively, multispecies communities in the wake of anthropogenic climate change and ruin. Tsing’s book The Mushroom at the End of the World: On the Possibility of Life in Capitalist Ruins and Haraway’s book Staying with the Trouble: Making Kin in the Chthulucene both explore alternative prospects for living within and through the disasters wrought by capitalism.

THE MULTISPECIES SALON PRESENTS:
HOW TO INTERVIEW A PLANT

Ethnographers and artists come together to discuss new insights from the field of critical plant studies. Plants are sessile organisms that emerge amidst the alchemy of soil and sun. Sometimes they veer away from botanical representational conventions, taxonomic enterprises aimed at classifying and understanding species and genera. John Hartigan, a cultural anthropologist who has conducted research among plants in Spain and Latin America, situates his ethnographic practice in relation to biological studies of plant sensoria and sociality.  Erica Seccombe, a visual artist, uses 4D Micro-CT technology to interrogate the world of plants as they grow from embryos encapsulated in seeds.

ON TOUCHING:
THE ALTERITY WITHIN

Studium Generale Rietveld Academie invited Karen Archey, Mark Paterson, Rizvana Bradley, and Jack Halberstam to each inaugurate a discursive and performative programme on how the haptic – relating to or based on touch – is thought and experienced artistically, philosophically, and politically in life, art and design, and theory.

“Situating the body as itself a project of crafting, making, building, and unravelling, the ‘Reach Out and Touch’ talks and performances explore the physics of touch, gestural repertoires of grasping and feeling, the aesthetics of the handmade, the limits of sensory perception, the social dynamics of bodily regimes of doing, making, and exploring. In addition, we will think about the haptic body in time and space. For Stefano Harney and Fred Moten in The Undercommons (2013), hapticality is a way of being in relation to the now, the touch of the present as it holds you. They define ‘hapticality’, as ‘the touch of the undercommons, the interiority of sentiment, the feel that what is to come is here.’ These concatenating feelings – sentiment, touch, sense – arrive at a place that is now and here, close at hand. The philosophy of the now, for them, is a philosophy of feeling. On this day, at this event, we will all be or become ‘philosophers of the feel’. Participants Karen Barad, boychild, Julia Bryan-Wilson, Mel Y. Chen, Paul B. Preciado, Jeanne Vaccaro. 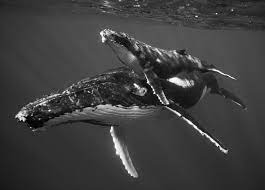 IN THE PRESENCE OF ELEPHANTS AND WHALES;
THE ON BEING PROJECT WITH KRISTA TIPPETT

We were made and set here, the writer Annie Dillard once wrote, to give voice to our astonishments. Katy Payne is a renowned acoustic biologist with a Quaker sensibility. She’s found her astonishment — and many life lessons — in listening to two of the world’s largest creatures. From the wild coast of Argentina to the rainforests of Africa, she discovered that humpback whales compose ever-changing songs and that elephants communicate across long distances by infrasound.

ON FLOWERS
FROM ‘A PERVERT’S GUIDE TO CINEMA’

Slavoj Zizek compares tulips to vagina dentata. From A Pervert’s Guide To Cinema where Zizek examines famous films in a philosophical and a psychoanalytic context.

In their documentary, Thomas & Julian Moll-Rocek explore the Mayan Cosmovision. For Meso-Americans this is a worldview that integrates the structure of space and rhythms of time into a unified whole. In the state of Totonicapán in Guatemala’s western mountains, a large community forest has prospered for centuries adjacent to densely populated valleys. The Mayan forest cover the hills and the mountain ridge. The management of local resources by the Mayan community provides a counter-argument for the ‘tragedy of the commons’ concept. Humans and nature can coexist.

When we think about plants, we don’t often associate a term like “behaviour” with them, but experimental plant ecologist JC Cahill wants to change that. The University of Alberta professor maintains that plants lead anything but solitary and sedentary lives.