11. YOU TICKLE, THEREFORE I AM

Reality is not a given. It’s almost as if the world suffers from reality vertigo. The very notion of reality itself is at stake, or at least the access to reality that media is controlling. Reality has always been entangled with the stories we tell ourselves. Even the language we share, or not for that matter, right now while we’re having this dialogue, is after all embedded in a worldview we agree on sharing. Reality is co-agreed upon, it’s a “consensus reality” that is co-authored.

Funny how Hitchcock used to say that reality is stranger than any fiction we could concoct. It reflects the new epistemology that is now emerging from within science confirming that reality is indeed much weirder than we initially thought. “You’re theory is crazy,” Niels Bohr once quipped to his fellow quantum physicist scholar Wolfgang Pauli during a lecture at Columbia University, before adding “although what divides us, is whether your theory is adequately crazy enough!” And really, quantum experiments describe the world as completely absurd—that the mind of the observer is entangled with the observed phenomena. We basically live in a participatory universe. Consciousness used to be considered as something of a sidebar, as an after-effect of matter itself, but now a new epistemology redefines the emergence of reality as implicitly embedded within consciousness. Much in the way, quantum physicist turned philosopher David Bohm, defines consciousness as implicit to the basis of reality. So, we’re back to storytelling! Science can only tackle this “reality” gap by including the storyteller, by including the observer.

The old paradigm of a presumed objectivity as a privileged one-dimensional position meant only to relieve us from our core responsibilities, which only contributed to the bankruptcy of our world, obscuring ecological disasters, and adding to the military build-up and the global imbalance evident today. Just as the quantum paradox redefines reality as participatory, it’s time we include our own responsibility as part of the reality we construct, as part of the stories we tell ourselves. Alberto Manguel once said about Jorge Luis Borges that “There are writers who attempt to put the world in a book. There are others, rarer, for whom the world is a book.” We find ourselves in Borges’ participatory universe of storytelling. For him, a book only exists when read. “It’s the reader who gives life to the literary works because he rescues the words from the page.” Similarly one could say: a film only exists when someone watches it. It’s the viewer or reader who becomes the protagonist. 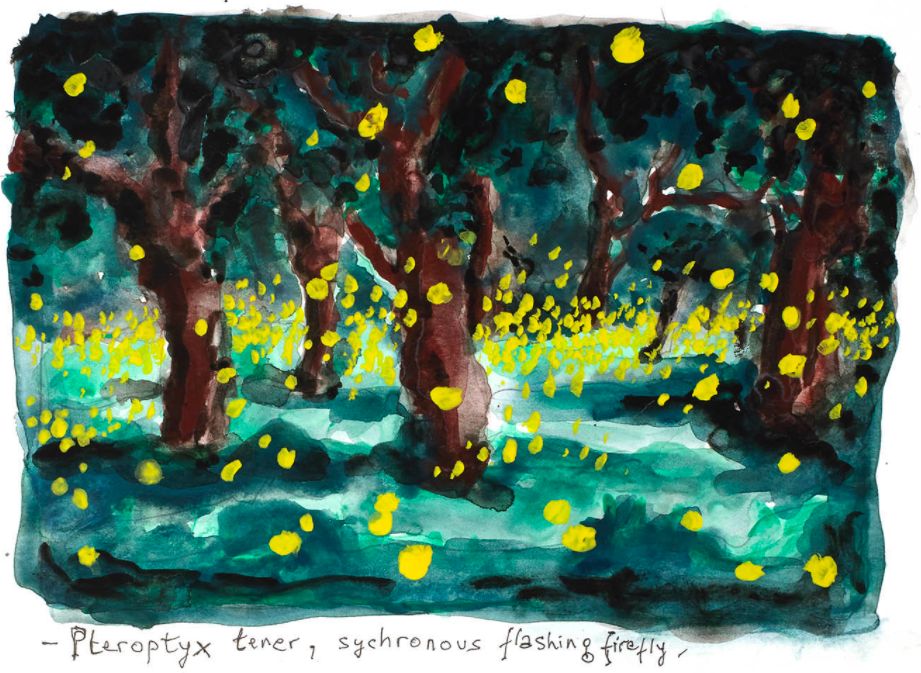 Antonis Rokas, Where sexes come by the thousands, (2018)

Terence McKenna: The Archaic Revival: Speculations on Psychedelic Mushrooms, the Amazon, Virtual Reality, UFOs, Evolution, Shamanism, the Rebirth of the Goddess, and the End of History (1992)

Oliver Sacks, The Man Who Mistook His Wife for a Hat And Other Clinical Tales (1985)

Edwin Abbott, Flatland: A Romance of Many Dimensions (1884)

Isaac Asimov Memorial Debate: Is the Universe a Simulation (2016)

Edwin Abbott, Flatland: A Romance of Many Dimensions (1884)

Aldous Huxley, The Doors of Perception: Heaven and Hell (1954)

Michael Pollan, How to Change Your Mind: What the New Science of Psychedelics Teaches Us About Consciousness, Dying, Addiction, Depression, and Transcendence (2018)

Terence McKenna: The Archaic Revival: Speculations on Psychedelic Mushrooms, the Amazon, Virtual Reality, UFOs, Evolution, Shamanism, the Rebirth of the Goddess, and the End of History (1992)

Oliver Sacks, The Man Who Mistook His Wife for a Hat And Other Clinical Tales (1985)