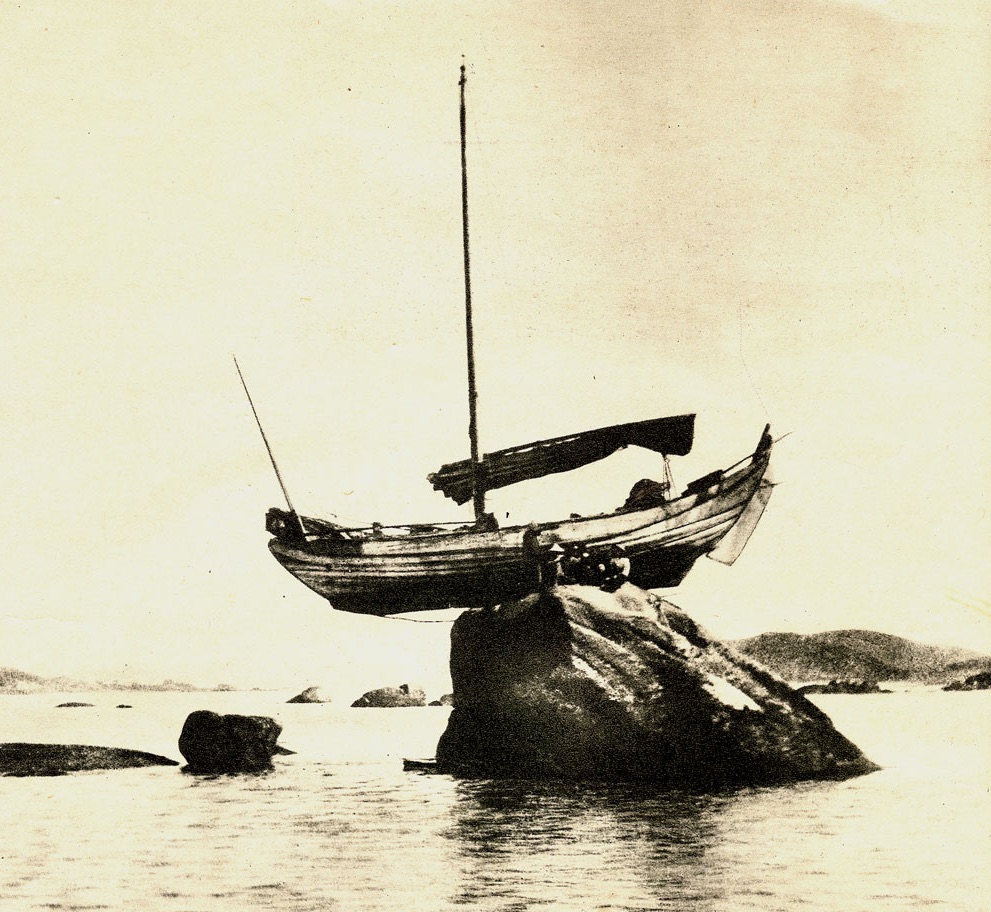 ALL MEMORY IS THEFT:

Made possible by:
The Arts research of college Ghent, KASK HoGent

Who owns our imagination in a world of existential vertigo where truth has become a shipwrecked refugee? Is it not the storyteller who can contain contradictions, who can slip between the languages we have been given and who can become a time-traveler of the imagination?

Uruguayan writer Eduardo Galeano once coined that we are not made of atoms as scientists say, but that we are actually made of stories. Storytelling is what holds us together,– or tears us apart, shaping our very idea of belonging. Ironically writer Maurice Blanchot called language an act of murder, because naming things would be identical to killing them. But novelist Alfred Döblin claims exactly the opposite: language, he says, is a form of loving others, language lets us know why we are together. But maybe a more pertinent depiction is Vietnamese filmmaker Trin-Min Ha’s idea of language as a ‘leaking boat’. A lifeboat we are all stuck on together. It’s the disappearing meeting place, but also the same dire biosphere we all share.

I often think we live in a society deprived of something essential, not even aware of what we actually miss, since we lack the stories and concepts. It’s not dissimilar to the final scene of J.-L.Godard’s film Alphaville, which depicts a society in which every word relating to the idea of love is banned at the threat of a death sentence. And actress Anna Karina, in love with the protagonist, is searching to express her feelings but doesn’t find the words, as the idea of love is foreign to her, she never learned its concept.

This web-module explores the concept of ‘belonging’ in storytelling-practices in a twofold way: 1) through examples plucked from film history and/or a media-archeology framed by philosophical tools —with references to the work of David Bollier, Donna Haraway & Anna Lowenhaupt Tsing, Karen Barad, Michael Hardt & Antonio Negri, Lynn Margulis, David Bohm, Shoshana Zuboff, Max Haiven, Judith Butler, Thom van Dooren, Johannes Fabian, Elinor Ostrom’s , etc. and 2) by dialoguing about counter-cultural applications, through our own storytelling in art and/or film practice, we figure out how we belong together while choreographing the stories we share. This is what writer Rebecca Solnit calls the “duty of delight’: to find new joyful ways of storytelling. Not as victims of a future, paralyzed by dystopian nihilism, but as active agents that garner new metaphors and untold stories, that generate better questions which lead to new languages. In other words: “tools that are a little more commensurate with the the amazing wonderful possibilities and the terrible realities that we face.” 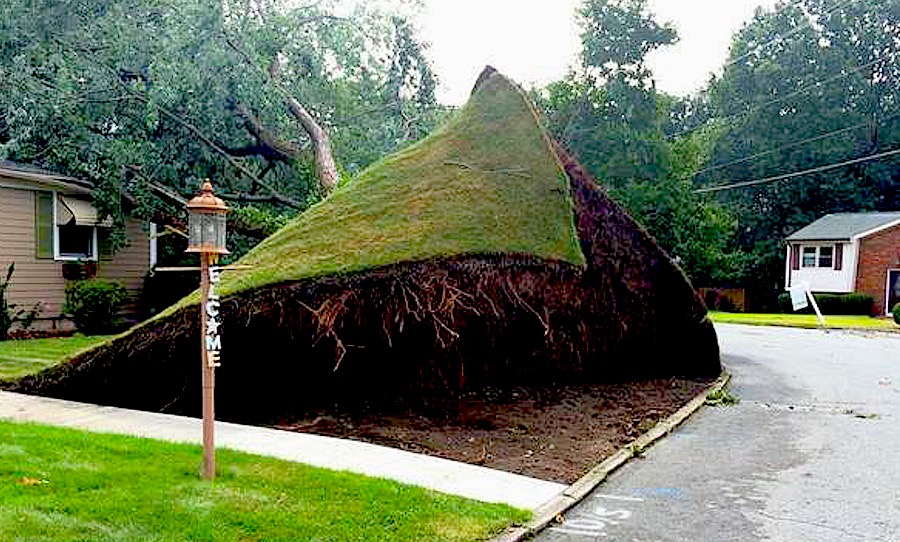 Falling Together:
A dialogue between Catherine Bernard and Johan Grimonprez

Johan Grimonprez: Economist Joseph Stiglitz once remarked: “The fall of Wall Street is for market fundamentalism what the fall of the Berlin Wall was for Communism; it tells the world that this way of economic organization turns out not to be sustainable.”19Reliance on greed and endless economic growth as the driving force of society has undermined its very fabric.20 Community is not just a mere afterthought, but the ontological foundation of society. The vast majority of human activity happens beyond the scope of private property. Society functions by the grace of what we share, because of a common fabric, and this includes economy.21 The Russian anarchist Pyotr Kropotkin initially came to different findings about the survival of the fittest. In his 1902 book, Mutual Aid, he argues that the struggle for existence is not so much one of each against all, but of masses of organisms against a hostile environment. Cooperation is common, such as when wild horses or musk oxen form a ring around their young to protect them against attacking wolves. In subzero cold, you either huddle together or die. Like Darwin, Kropotkin believed that cooperative groups of animals—or humans—would outperform less cooperative ones. In other words, the ability to function in a group and build a support network is a crucial survival skill.

Catherine Bernard: But the real debate here is rather greed versus community. The whole crisis of politics, and of economy, that we find ourselves in today, and of which the arms industry is clearly a symptom, has to do with the fact that there is a deep need for belonging, for redefining community, and for telling a new political story. We need to acknowledge a paradigm founded on what we share: the common. Frans de Waal’s explorations into notions of “cooperation” and “conflict-resolution” offer a counterpart to the celebrated paradigm of greed. He calls it a turn towards empathy, a topic popping up in all different branches of the scientific community, from cognitive sciences to psychology, pointing out that our most essential drive is actually to belong.

JG: In her interview Falling Together, Rebecca Solnit celebrates the unpredictable and incalculable events that so often redeem our lives, both solitary and public.22 In times of disaster, when people are falling apart, there is also this notion of people falling together, which we don’t chronicle. Disasters embrace contradictions. They are what Solnit calls “paradises built in hell.” She searches for the hidden, transformative histories inside events we chronicle merely as disasters, in places like post-Hurricane Katrina New Orleans. She writes that, so often, “when all the ordinary divides and patterns are shattered, people step up to become their brothers’ keepers. And that purposefulness and connectedness bring joy even amidst death, chaos, fear, and loss.” A new way of storytelling creates a new way of being, a new ontology, of being together that has the power to overcome the stories of “havingness” and greed, and to create new stories that slip between the languages we have been given and transform them.

CB: As Solnit examines the incredible responses that arose from the 2005 Katrina disaster, she points out how a community united together in extraordinary gestures of solidarity. As neighborhoods were destroyed by the flood and the local and federal authorities failed to respond, the strongest and best abled civilians came to help the most vulnerable. Community building started just a few days following Katrina with the formation of the Common Ground Collective, a decentralized network of grassroots organizations, which created support systems that still exist today. At the same time, narratives of fear and violence were created and then reported by mainstream media, telling of dangerous situations, looting, aggression, and the likes. This in turn justified sending military forces to New Orleans instead of providing help to those suffering. Political failure was orchestrated through a vicious form of storytelling, which can be a tool to oppress as much as to redeem. It is in no way trivial, as people live and die by stories. The Uruguayan writer Eduardo Galeano opens your film by narrating that we are not made of atoms, but of stories.

J.G.: Storytelling is our common denominator. In his book City of Words, Alberto Manguel paraphrases novelist Alfred Döblin: “Language is a form of loving others, language lets us know why we are together.” Manguel elaborates on “us” as storytellers, meaning stories shape why we are together as a “we.” But language can do the opposite as well: we concoct stories to justify war, to masquerade war as a peace process, and to manipulate community. In fact, we are in dire need to reclaim the story of how we define ourselves and how we define society. We need to rethink the human narrative, and allow for the becoming of new ontologies, based on love and not on fear.

CB: The fact that we can dream, imagine new stories, create new futures is part of the storytelling process. We need participatory stories, stories that include how beings can change the world, that redefine a new “we,” but for that we need the storyteller, the presence of the other and the listener to share the story with the world. Stories shape us, they resist and reinvent society against the dominant story. They are capable of creating a new “we” against the privatization of our imagination and our reduction to consumers of fear.

JG: Physicist John Wheeler would argue for a holographic universe, where the thing and myself are entangled. The observer is entangled with the observed. There’s not a me subsuming an object, nor an “us” versus “them,” but an ever changing “we.” One holographic part reflects another, and you ’re a little holographic part reflecting the rest of it all. It’s a very different idea of how to think about matter. Maybe this “reality” gap has something to do with community, with entanglement. We live in a society deprived of something essential, not even aware of what we actually miss, since we lack the stories and concepts. It’s not dissimilar to the final scene of Godard’s film Alphaville, which depicts a society in which every word relating to the idea of love is banned with the threat of death. And actress Anna Karina, in love with the protagonist, is searching to express her feelings but doesn’t find the words. The concept of love is foreign to her.

CB: You also interviewed neuroscientist Raymond Tallis for Shadow World, and you asked him the question, Why can’t we tickle ourselves? He explained that tickling is about surprise and about feeling the unpredictability of other people, and the sense of their otherness. So when tickling oneself there cannot be this element of surprise, this profound sense of the otherness of other people. It is an ontological realization of the other: You tickle, therefore I am!

JG: Tallis alluded to the fact that Descartes’ cogito argument is not actually the whole story. What is this “I” contained in the “I think, therefore I am”? This standalone “I” is deprived of its social context, Tallis reasons. The mind is not isolated but shared and communal. We tend to think of human consciousness as something trapped inside our heads. But consciousness, as with language, and as demonstrated through empathy, is profoundly relational. Awareness of ourselves emerges in a social context. The mind is not a thing, but rather is being, it is relationship. If one were really to do Descartes’ insight justice, Tallis reasons, we could translate it as, “We dialogue, therefore we are.”

CB: In Godard’s Alphaville it is ultimately poetry itself that is able to sabotage the main ALFA computer that rules the society in the film. It’s storytelling, and specifically in this instance of a poem by Borges, that is able to change that society!

JG: We initially thought of including poems by Palestinian poet Mahmud Darwish in the Shadow World. He once said, “Poetry chooses the side of love, not war. If I write love poems, I resist the conditions that don’t allow me to write love poems […] The road to meaning however long and branching, is the poet’s journey. When the shadows lead him astray, he finds his way back.” It’s the predicament that actress Jodie Foster faces in the final scene of the film Contact. Upon her return from an incredible journey through a time portal, she is called in to give testimony in front of a truth tribunal, but she is totally unable to convey the encounter she had with what the “unknown” other from the future. She’s met with disbelief because she can’t prove her experience, and she realizes, “We shouldn’t have sent a scientist. We should have sent a poet.”

Excerpt from: “Falling Together. A dialogue between Catherine Bernard and Johan Grimonprez about the film Shadow World” in: OSLO PILOT (2015–17)—a project investigating the role of art in and for public space —laying the groundwork for Oslo Biennial First Edition (Oslo: Oslo Biennial 2018)