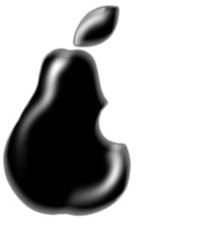 For the past two decades, the Brussels based production office zap-o-matik has seen its productions travel the main festival circuit, from Sundance to Berlin. Bagging many awards along the way, they have been acquired by PBS Independent Lens, NBC Universal, Canal+, ARTE and Channel 4. zap-o-matik works have been exhibited at a.o. the Guggenheim and MoMA, New York; Hammer Museum, Los Angeles; and The Garage, Moscow. They have been acquired by the permanent collection of a.o. the Centre Georges Pompidou, Tate Modern, Pinakothek der Moderne and the 21st Century Museum of Contemporary Art, Kanazawa. Throughout the years zap-o-matik co-produced several publications with Hatje Cantz Verlag.

Praised by The Times and The New York Times as “an eccentric roller-coaster ride through history”, Johan Grimonprez’s award-winning film dial H-I-S-T-O-R-Y (1997) depicts a free-fall through the history of airplane hijackings. Since its highly acclaimed premiere at the Pompidou Center and Documenta X, it has toured worldwide, garnering Best Director awards at the San Francisco and Toronto Film Festivals. A DVD + book edition was released by Hatje Cantz in 2004, with contributions by Don DeLillo and Slavoj Žižek.

Exploring the world of Hitchcock doppelgängers, Looking for Alfred (2005) premiered at the Rotterdam Film Festival. It went on to win the First Prize of the ZKM International Media Award and the European Media Award.

In a story by novelist Tom McCarthy, Double Take (2009) traces the rise of television as it instigated a culture of fear. Acclaimed by critics as “wildly entertaining” and “a delicious oddity”, it premiered at the Berlinale and at Sundance, winning the Black Pearl Award at the Abu Dhabi Film Festival and the New Media Grand Prize at Los Angeles.

Johan Grimonprez’s Shadow World (2016) reveals the murky world of the international arms trade. The film, based on Andrew Feinstein’s globally acclaimed book The Shadow World: Inside the Global Arms Trade, premiered at Tribeca Film Festival and since then received numeral awards, amongst others Best feature doc at Edinburgh International Film Festival.

Currently in development is a feature film based on David van Reybrouck’s play The Soul of the White Ant. With Belgian actor Josse de Pauw in the lead, and also featuring Prime-Minister Patrice Lumumba, shuttle diplomat Dag Hammarskjold and Jazz Ambassadors Louis Armstrong, Dizzy Gillespie & Duke Ellington, in a harrowing tale of cold war intrigue and termite poop, that is about to run off-script.

Also in pre-production is the feature project How to Rewind Your Dog: an exploration into the theme of happy endings set in a world of relentless consumerism. The script was developed at the Binger Filmlab, North by Northwest and EAVE. It was selected for the Berlinale Project Market, and its development is supported by the Flanders Audiovisual Fund (VAF), as well as the MEDIA Programme.